It has long been rumored his death was connected to Heather Teague’s disappearance. Below is an FBI document that states there was a rumor that “_______ and ________ took pictures (including video) of underage girls having sex with prominent men at Rumors. Chuckie Collins allegedly acquired one of the videos and determined that ________…was depicted as well as other underage girls and prominent men at the bar. This observation made Collins very mad and he personally confronted ________about the same.” A few days later Chuckie was dead. This same FBI document goes on to state, “…an autopsy allegedly shows clear and convincing evidence Collins was severely beaten at some point before his death.”

Charles “Chuckie” Collins has never been formally recognized for his sacrifice. Chuckie Collins is a martyr. He put the helpless above the value of his own life. Will Chuckie’s death be in vain? Will someone come forward with information that will put more of these puzzle pieces into place? 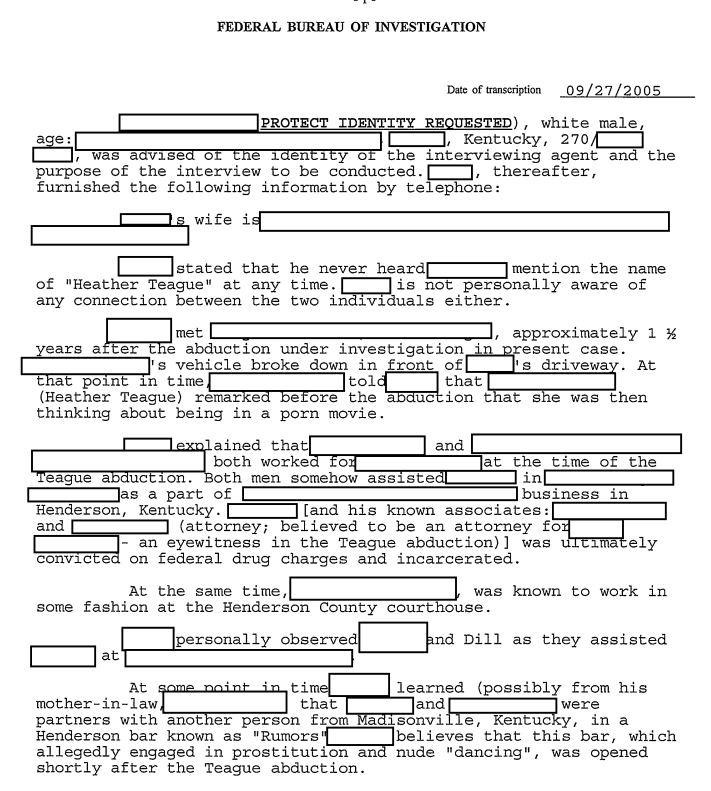 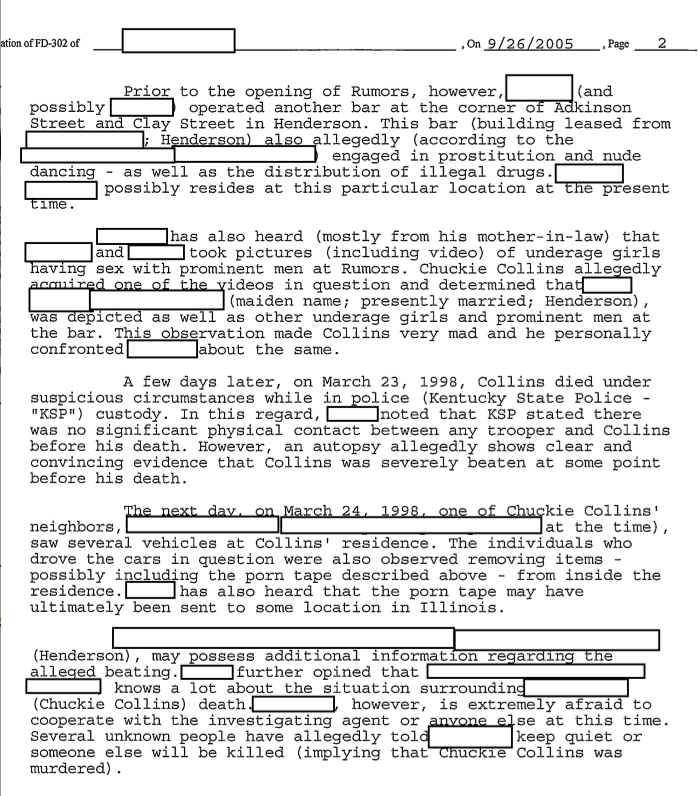 For the full length pdf file of this document, please click here.

An anon has sent us an interesting newspaper article that seems to contradict the FBI file above: 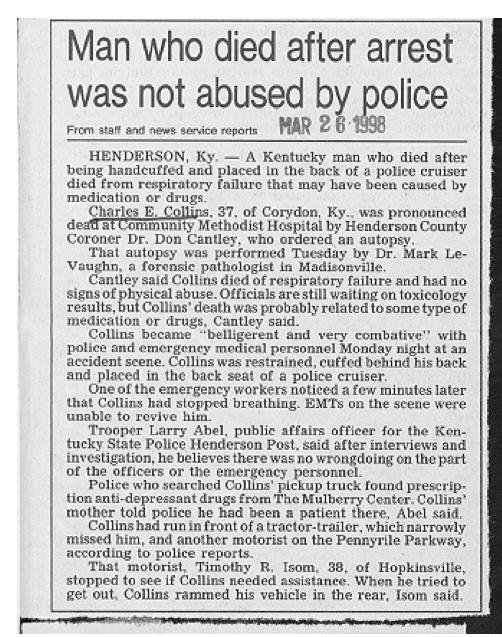 Why do the readers think there is such a discrepancy between these two accounts? 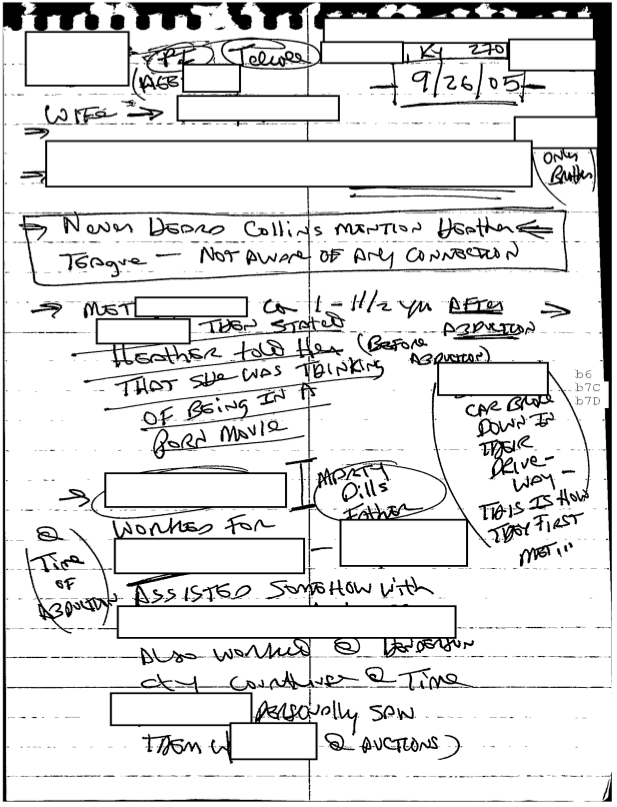 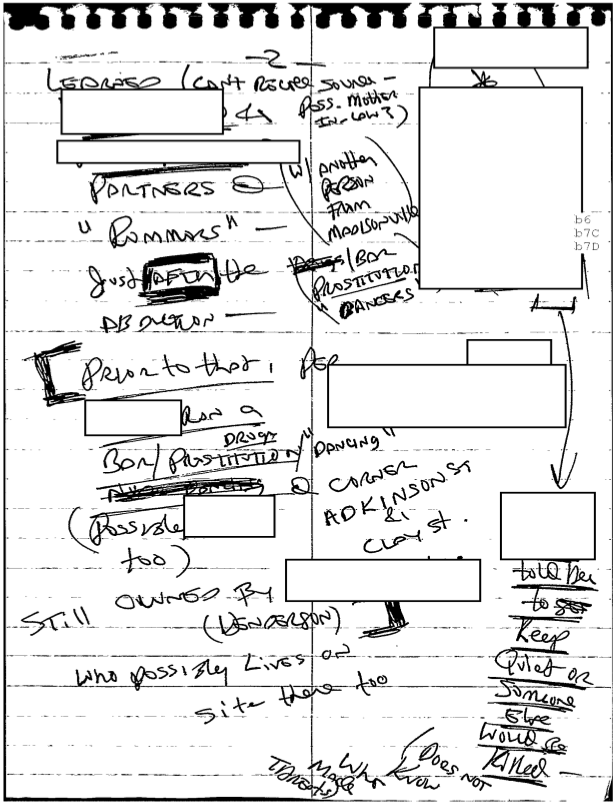 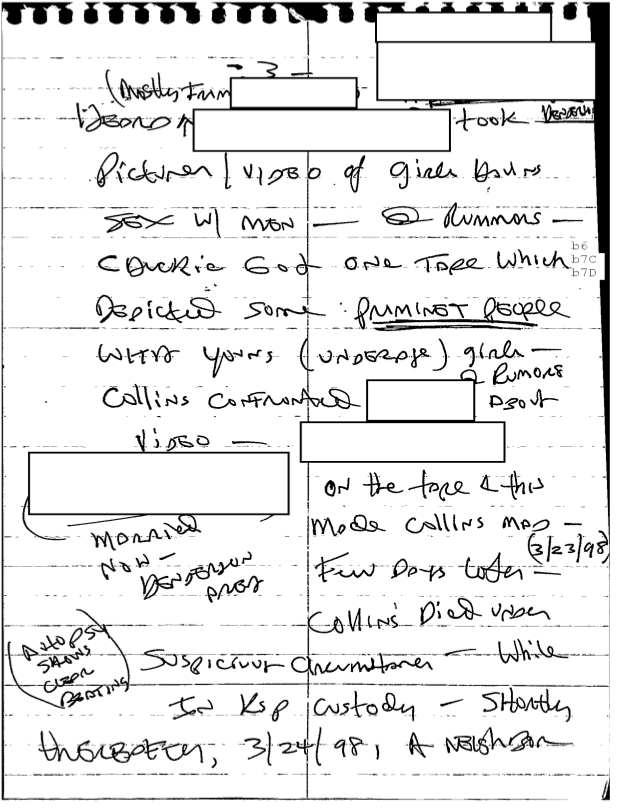 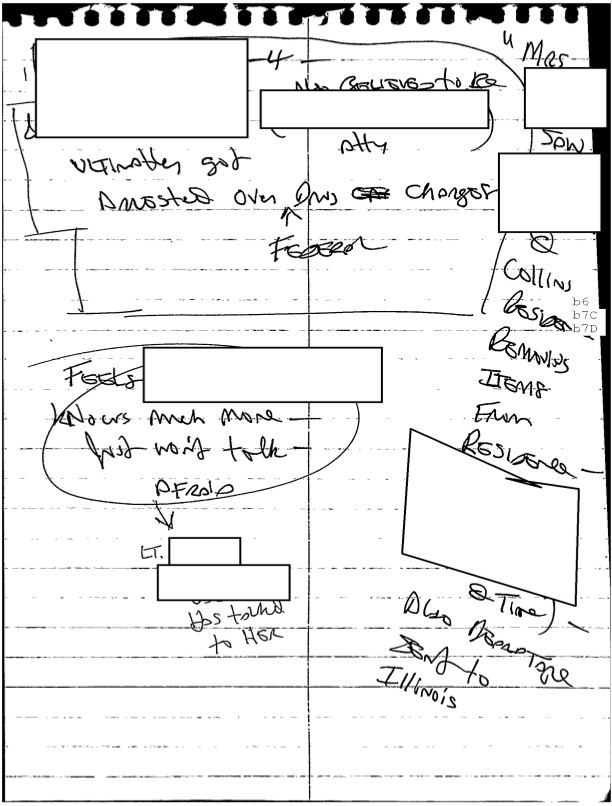